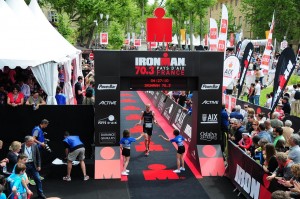 Going to France I was aiming to get a slot for the World Championships in Zell am See. Qulification rules were a bit vague for me and I didn’t know how many triathletes can get a slot. Even during the race I wasn’t aware of my current position and how many I had to overtake. Ironman 70.3 Pays d’Aix was my first one of this series, and overall my 3rd real triathlon ever 🙂 The time that you see on the left is not exactly mine, because my wave started 5minutes after the PRO category, so finally I did it in 4:22:14. 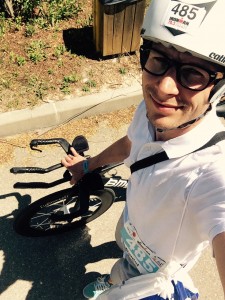 As always I had to check in the trasition zone one day before the race. For more experienced triathletes it may by funny, but for me it was something new. I mean runing and bike bags, which we had to prepare and bring to the T1 and T2. I got used to bring all the stuff to the plastic box at the race day and place it near my bike. Having seen how it works here I may say this solution is quite clean. By packing all the thing to the box there is now mess and collisions around the bike. Anyway here it was necessary to transfer our boxes to the finish line. I didn’t mention that the start line was at the Peyrolles Lake, which was 25km far from the finish line in Aix en Provence. 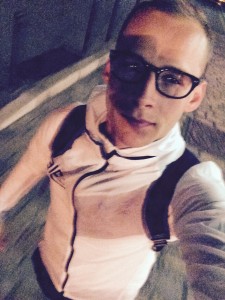 On sunday I woke up at 4am to be in Aix en Provence at 5am and take a shuttle bus to Peyrolles. Not to feel uncomfortable waking up early I went to sleep a few hours earlier and it worked out. After a short journey I was in time. Between 6 and 7:20 am we had time in the T1 to prepare our bikea, put on wetsuit and take our streetwear bags to the boxes, to have it back at the finish line. I managed to end up before 7 am, so I had more time to make warm up in the lake, which was possible untill 7:30 am. The first wave was scheduled for 7:40 and there were PROs and woman. My wave was going to start 5min later and everything was on time. 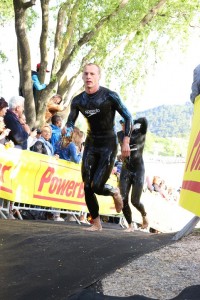 From the very beginning I felt good in water and I percieved my swimming pace as a good one. Probably It was true but only til the U-tern. My pace didn’t change but I changed the direction. The only thing I was thinking of were the buoys on the right side. Sticking to this rule I made a huge mistake. Instead of swimming between the two buoys I took them on the very left, so I lost a lot of meters and time. It’s not an excuse but a good lesson for the future:) Maybe next time I will try to race with contact lenses to avoid this kind of mistakes and ease a bike course. The vision defect that I have is not so serious but impede me racing, mostly on the mountain bike. Then I hardly see the holes and makes me slower on the downhill. 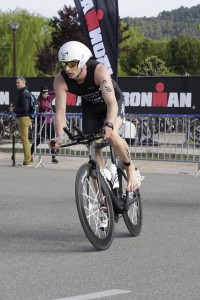 Leaving T1 I was aware of my bad time and I had to focus on the strong and fast cycling part. This year I used to ride very strong in terms of generated power (Watts). Here I felt like half of myself from the previous weeks. With high probability my form has weakened because of 4 consecutive races, but there was no time to cry and I had to struggle with my body. Almost all the time I was looking at my Garmin to control Watts’ figures. Fortunately on the climbs my legs were doing well, but on the flats and downhills they where not strong and fresh enough. Anyway I was overtaking many guys and I knew that bike part was still my advantage.

On the running course we had 4 laps of 5,5km. There was no calculation about the 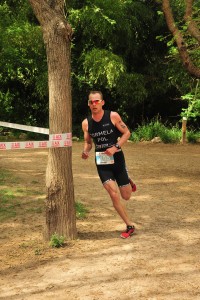 pace because of my unknown loss. I had to keep it as high as possible and focus on the final result. Till the very end of the race I had no idea about my posiotion. About 20th km I passed two guys from my category, but one of them didn’t want to let me run away. Before I overtook him I had been thinking of the final sprint, but eventually did it successfully 1km before the end, having made 15s over the second guy. After the finish line I couldn’t walk due to exhaustion and unbearable pain of my legs. I had made a huge effort to survive till the end. 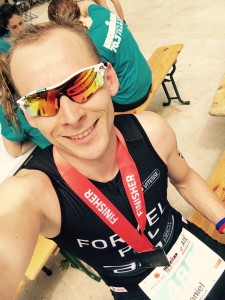 When I cooled down I asked the overtaken guy which place did we have, because I had no idea except overall time: 4:22.14. He said that I was propably 2nd and he was 3rd. That was a great news for me, but I wasn’t still sure If I would get slot. After a while they showed official results which made me extreamely happy because of my win 🙂 Despite 4 hours  long struggle with myslef I managed to do my best to the finished line what paid off and I achieved my goal. That was my 8th race this season, 5th victory, and remaining 3 races I finished 2nd. This shows this year has been undoubtedly fantastic and the best ever. I hope that’s not all over and after a short recovery I will start the second part of the season. 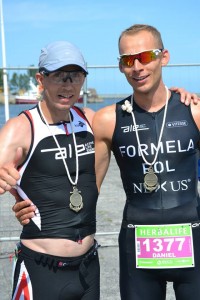 ones. Maybe I should add a supplement to the main text. Having read about the race and my results you might think of the people behind it, how it works, and who is responsible for.  This person, the head of my trainings, form and all these things is my coach Jakub Czaja, doctor of pharmacy, Olimpian (Athenes 2004), dietetitian, and author of sports food (energy gels, drinks) under the ALE -Active Life Energy brand.

For more photos check out the GALLERY